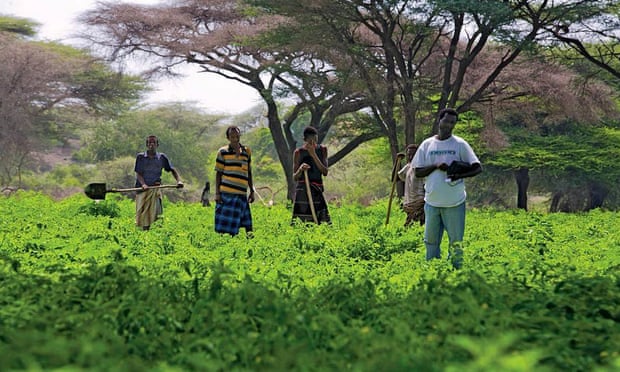 On 25 September, the UN will pledge to “leave no one behind” by eliminating poverty and inequality throughout the world by 2030, in accordance with the sustainable development goals (SDGs).

While 17 new goals and 169 targets are far too many to remember, and all are highly aspirational – with none of the detail yet worked out – the agenda’s aims are impressive. However, we need to learn lessons from past successes and failures, concentrate on the most vulnerable people, and be realistic about what can actually be done with interim stepping stones.

Overseas aid will be crucial in helping to fund the SDGs. Over the next five years the global cost of implementing the goals has been estimated to run to trillions of dollars, of which the UK has committed to £50bn on current projections.

I have seen aid do immense good. But we need to look behind the figures and the aspirations and ask how aid is planned and delivered.

For the past four years, until July this year, I was a commissioner with the Independent Commission for Aid Impact (Icai), the UK aid watchdog. Icai has published 46 reports on the effectiveness and impact of UK aid, making recommendations on which the Department for International Development (DfID) was required to respond. There are five key lessons I learned.

Focus on the beneficiary

It sounds obvious, but too often sight is lost of the poor and vulnerable waiting at the bottom of the pile for a trickle-down effect from grand schemes. One major DfID programme aimed to build a 4,000km north-south roadin southern Africa. The risks of huge roads to the poorest are well known: it is harder to get their own goods to market, corruption is rife at borders, and young women are exposed to HIV and trafficking. But no steps had been taken to mitigate the risks of this new road.

By contrast, DfID supports the Ethiopian government with its food security programme in areas where severe droughts threaten famine. Vulnerable people are provided with either food or cash in return for work building schools, irrigation ditches and roads. I interviewed women who told me: “Before, this was a dry land. Now no one is migrating and no one dies in childbirth … We are illiterate, but we are educating our children. I know my girls will not tolerate violence … I’m a self-help woman so I’m not afraid even if the programme stops.”

This programme has been successful because care was taken to identify people’s real needs and engage them in the process throughout. These women had helped to decide what projects should be undertaken, who was in greatest need and who should benefit. The end result was not just better-fed people but a multiplier effect of other, long-lasting and genuine benefits.

Programmes need to be long term to have an enduring impact. This cuts across the political pressure for short-term results and “announceables”, such as “we have reached 4 million children”. Too often, this pressure emphasises quantity and geographic spread rather than depth and quality. In Madhya Pradesh, where I was reviewing children’s nutrition, it emerged that DfID’s central systems counted children in the Indian state as having been “reached” if the mother went to the health centre for one procedure, such as receiving vitamin A, even if she never went back and her child was critically ill.

Set realistic targets that are tailored to tackle the specific problem. If DfID sets the goal too high, such as trying to transform the economic environment or reforming the police, it might never get there. That’s not to say it is wrong to be ambitious, but three-quarters of DfID’s priority countries are fragile and conflict-affected, where corruption and instability are rife. In those countries, such as Somalia, South Sudan or Afghanistan, the most that can be achieved may be crisis relief and building up basic public services such as health.

There tends to be too much compartmentalisation, when what is needed is real engagement across different sectors and donors. One of the UN goals is the elimination of violence against women and girls. I couldn’t agree more, but you can’t end gender-based violence by concentrating on one institution, such as the police. Of course, the police are part of both the problem and the solution. But a coherent strategy is required to tackle the many causes of gender-based violence, including exclusion from health, education, power dynamics and jobs.

Adopt a tough approach to evidence

In Malawi, I visited victim support units that aimed to help the overwhelming number of women and girls who had experienced violence. Hardly any women used them. In Bangladesh, a UN survey found that UK-supported model police stations resulted in higher rather than lower levels of violence and mistrust of the police. And in southern Africa, it emerged that only 21% of targets had been reached, rather than the reported 85%. Why hadn’t questions been asked to unearth the truth much earlier? This kind of evidence needs to be scrutinised and action taken before it’s too late.

As many as 1 billion people are now living in extreme poverty. People’s lives are at stake, so we owe it to them to get it right.

Tell Everybody – The Global Goal Campaingn
Scroll to top